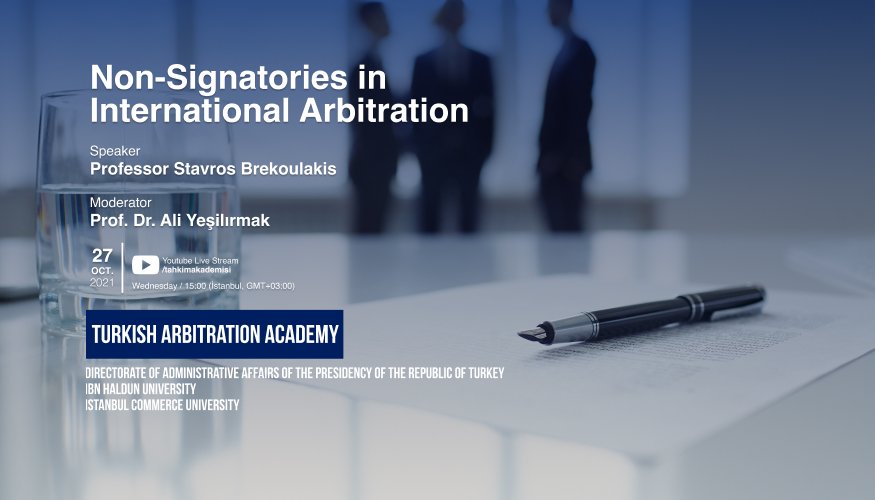 The Turkish Arbitration Academy will host its third webinar with distinguished scholar and arbitrator Professor Stavros Brekoulakis on 27th October, 2021 under the moderation of Prof. Dr. Ali Yeşilırmak. The webinar will be streamed on the Academy Youtube Channel.

Who is Professor Stavros Brekoulakis?

Stavros Brekoulakis is a Professor and the Director of the School of International Arbitration at Queen Mary University of London.

Brekoulakis is currently leading a major empirical and interdisciplinary (law, psychology, and politics) project on Impartiality in Arbitral Decision Making; working on a book on The Policies of English Arbitration Law (OUP forthcoming); working on an edited volume on International Commercial Courts (CUP forthcoming); and participates in the long-term Comparative Law and Procedure Project of the Max Planck Institute Luxembourg.