Our Dean Prof. Dr. Yusuf Caliskan Participated in the Conference on the Current Issues of Private International Law

Prof. Yusuf Caliskan, the dean of the law school of Ibn Haldun University, presented his paper on the “Application of International Agreements in Private International Law: Translation and Interpretation Problems” in the Symposium named “Current Issues of Private International Law” and organized by the Law School of Antalya Bilim University. Professor Caliskan drew attention to the necessity of elimination of the translation problems to provide legal certainty and justice in the field of private international law and stated that “how to interpret the agreement is important to eliminate these problems.” He also pointed out that although the agreement is prepared in the agreed language, later it is translated into other official languages and technical mistakes during translation may cause problems in the meaning and interpretation of the agreement. He suggested that assessment of the translation problems from comparative law perspectives is significant to prevent any loss of right before the courts and arbitration tribunal. 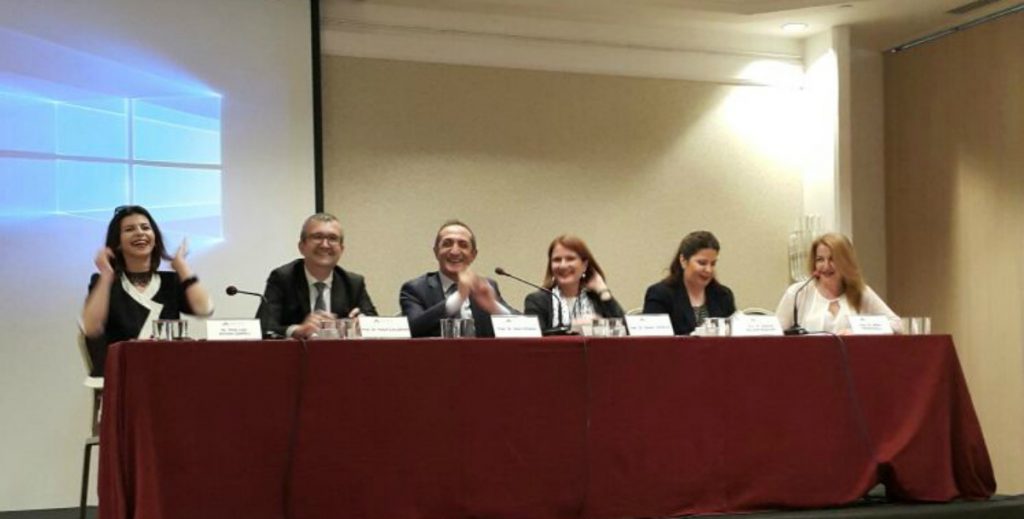